John was honored in 2005 and 2006 by the Oklahoma Jewelers Association (OJA) for his outstanding creations.

John has 30 years experience in designing and repairing jewelry. His career began in his native state New Jersey. He interviewed and was hired for an internship position at Barton Jewelers in Little Falls, NJ. His experience at Barton introduced him to the full range of the jewelry business from designing and creating a piece to selling already-created pieces at retail. John's master teacher unexpectedly left Barton's only six months into John's apprenticeship, leaving John as the only jeweler for more than a year. He quickly began to learn on his own, augmented by speciality classes such as Stone Setting and Advanced Stone Setting by GIA and he received his Diamond Certification.

For the next 16 years, John worked side by side with many talented jewelers. He enjoyed hearing their ideas and learning their different methods of creating custom pieces. In 2002 at a jewelry trade show in New York, John met one of the speakers, Tim Felts. Tim, who owned Felts Diamond and Design, a custom design jewelry store in Tulsa, OK asked John to work for him. After months of thinking about it, John accepted Tim's offer and moved to Tulsa. Working at Felts introduced John to the different kinds of tools and equipment that helped him fine-tune his techniques and further develop his talent for designing and making custom jewelry.

John always enjoyed working at what he affectionately refers to as "Mom and Pop stores." For several years, he thought of opening his custom design business. When Felts closed their doors in 2007, John opened John E. Koller Jewelry Designs in Owasso, OK where he now calls home. 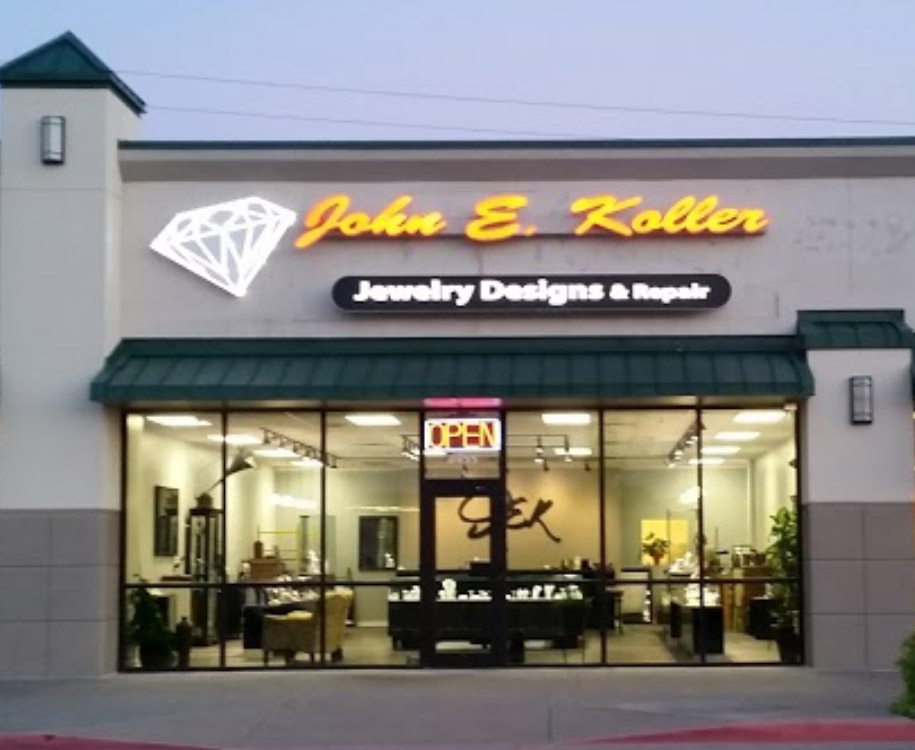 Choose a member of our staff below to learn more.